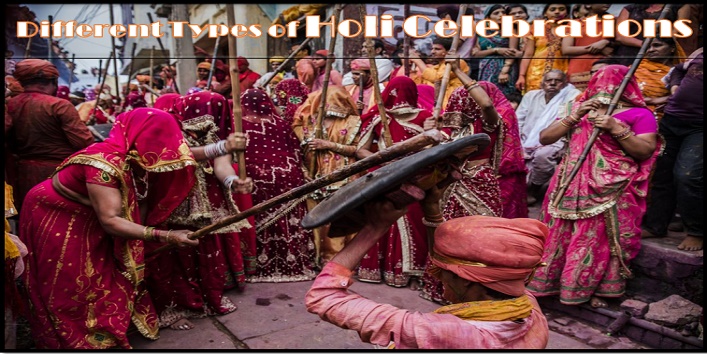 As the festival of colors is around the corner, I am sure that most of you must have planned out your day for the celebrations. Holi is not just the festival of colors but it also brings in the joy and happiness to our lives. Throughout India, this festival is celebrated with much enthusiasm and joy. But do you guys know that Holi is known by the different names all over India and is celebrated with varied traditions? So, here in this article, we have listed different types of Holi celebrations around India. 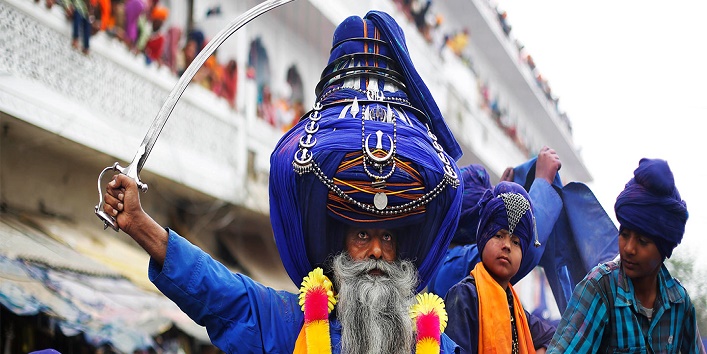 Hola Mohalla, also known as Warrior Holi is celebrated in Punjab a day before Holi. This festival is observed by the Nihang Sikhs who sing and perform martial arts on this day. 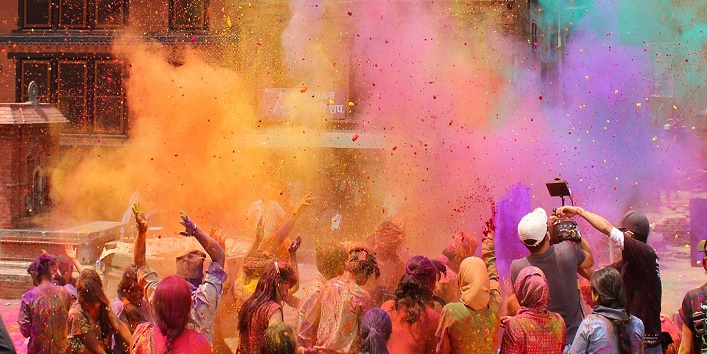 Holi festival is not restrained to North-side, it is even celebrated in the southern states but with a different name and tradition. In Kerala, Holi is known as Manjal Kuli which is celebrated in the Gosripuram Thirumala temple. 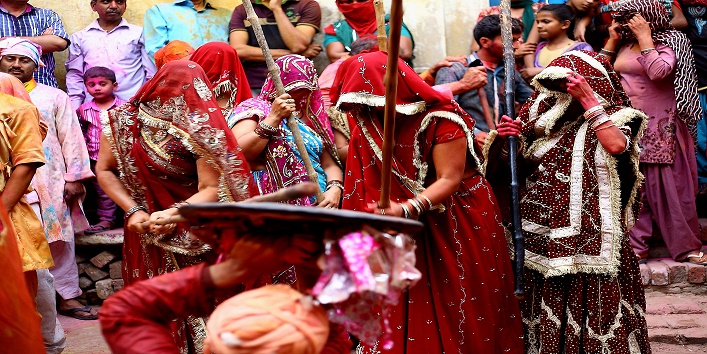 Well, this is the most unusual form of Holi celebrated in India. In Barsana, the Holi festival is not just celebrated with colors but with lathis too. Yes, you heard it right. During the celebrations, the ladies chase away men with the lathis and men protect themselves with a shield.

Also read: 8 Effective Ways to Take Care of Your Skin This Holi 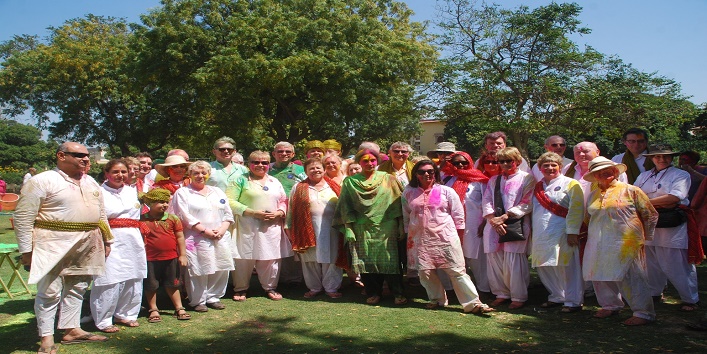 On the Holi eve in Udaipur, locals lit a bonfire to get rid of evil spirits. And this celebration is done at a grand level by the Mewar royal family. The fancy procession includes the royal band and decorated horses. 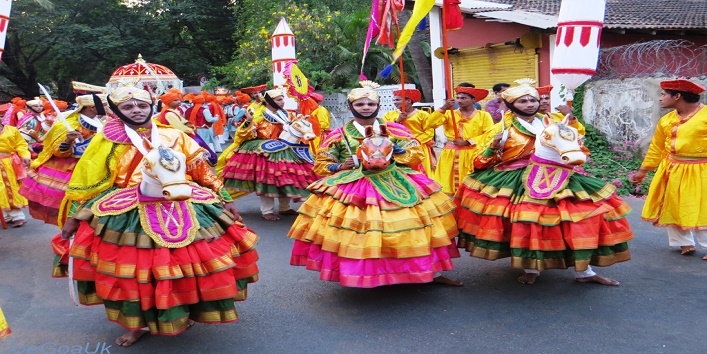 It is a massive spring celebration in Goa which includes the Holi festival. Here, the farmers perform street dance and traditional folk. 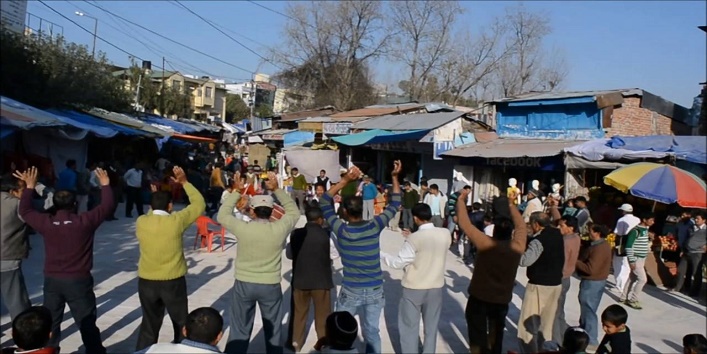 Khadi Holi is played in the Kumaon region and during the celebration, locals wear traditional clothes, dance in groups and sing Khadi songs. In this region, Holi has different musical versions namely, Khadi Holi, Mahila Holi, and Baithaki Holi. 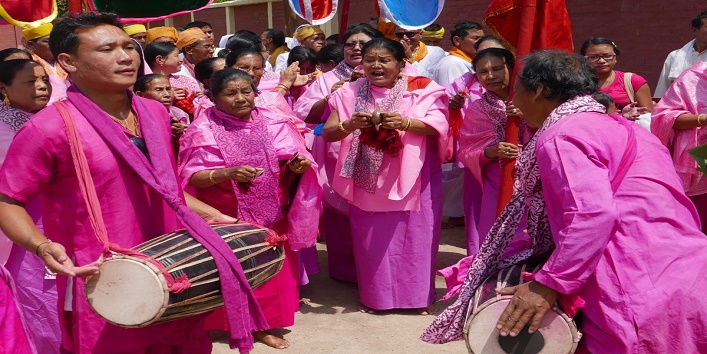 In Manipur, Yaosang is celebrated for six long days which starts on the full moon day. The main highlight of this festival is the folk dance, Thabal Chongba. The Hindus in Manipur also play Holi with colors in the traditional way. 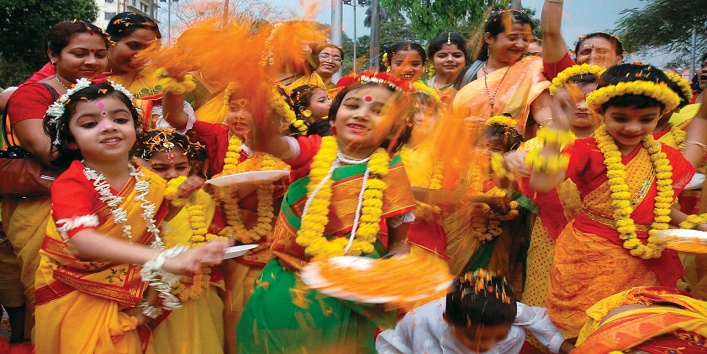 On Dol Purnima, a procession is taken out on the streets with the idols of Radha and Krishna. And to add more fun to the celebration, men spray colors and water at this procession. 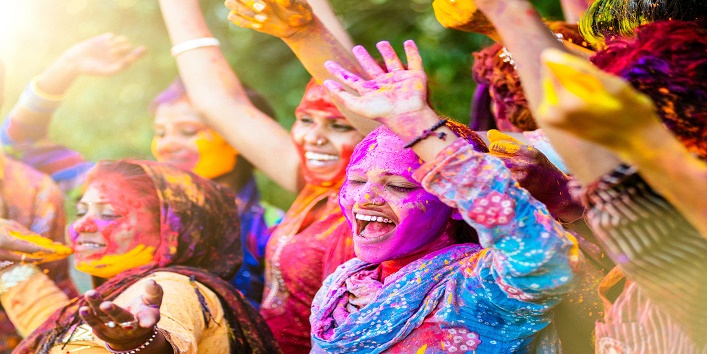 In Bihar, Holi is known as Phaguwa in Bhojpuri slang. However, it is very important to light the Holika in Bihar before playing Holi. Later, the festival is celebrated with water, colors, and folk songs. Consumption of Bhang is also the part of the Holi celebration in the state.

Also read: Did You Know! Interesting Facts About Holi-The Festival Of Colors 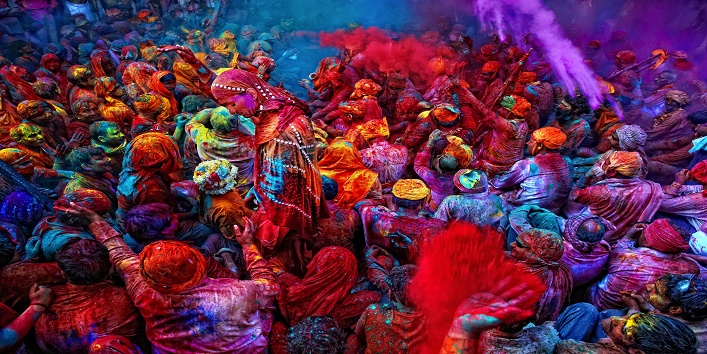 In Assam, Holi is known as Phakuwah which is quite similar to Bengal’s Dol Jatra. Still, here the festival is celebrated for two days.

So, these were the different types of Holi celebrations.