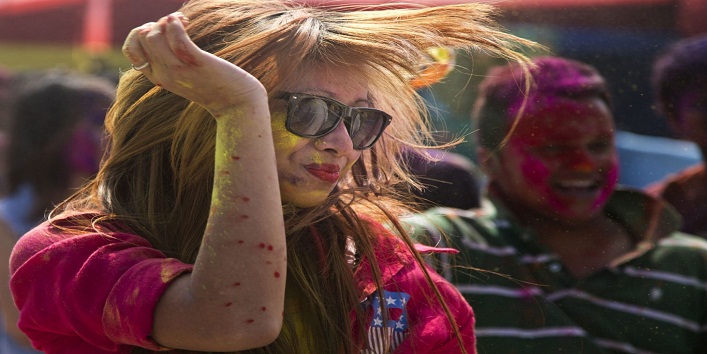 12 Ways You Can Celebrate Holi This Year!

We define the essence of India with its festivals. And when we utter Holi, the only thing we can think about is ‘Millions of Colours’. We picture people clad in all whites, running with colours and Pichkaaris in their hands. On Holi, our country resembles closely to a war zone. But wait, here the war is all about love and cordiality. People hunt each other down and colour their happy faces with the hues of love. 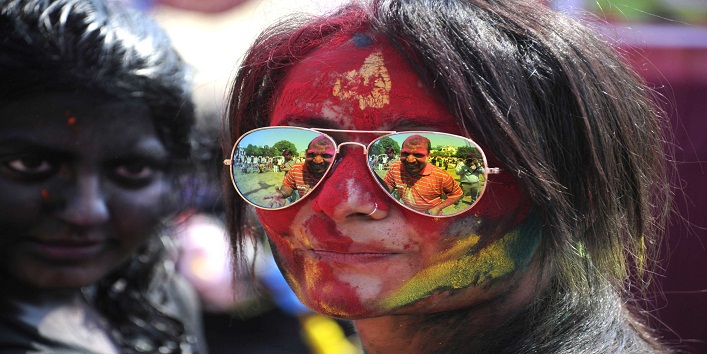 And once again, our native land is all set to be covered in colours of happiness. Holi is all set to hit us with joy. But Holi isn’t the only festival where we cherish colours. From New Year in Punjab to beginning of harvest in Kolkata, colours are used to express delight.

So here are numerous types of Holi which you can play this year. Just choose your favourite way and set out to shower people with hues.

1. EDM HOLI IN DELHI
Delhiites know pretty well how to rock a party. If you’re in Delhi this Holi, you can see a countless of EDM music fests and celebrations which never bother to see the time. There will be lots of booze, music, colours and of course, lots of fun. And guess what? You don’t need an invitation to hit the party. 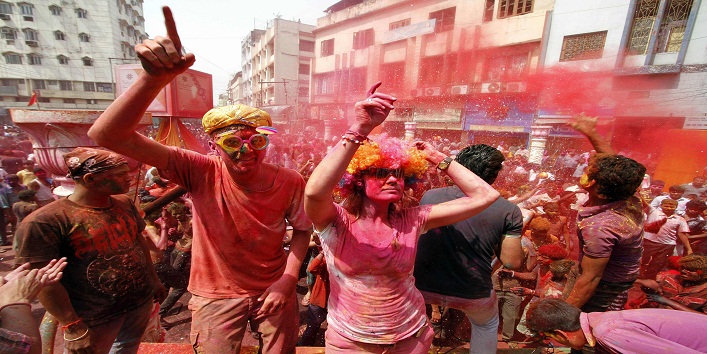 2. BRAJ KI HOLI IN MATHURA
This is the craziest version of Holi you can experience this year. But yeah, say ‘Yes’ to this Holi only if you have the guts to get beaten up with a Danda or what they call a Lath! Hence, the name of this Holi is Lath mar Holi of Barsana. The best part of this Holi is that the women of the village get the chance to beat the men of the village with Lathis. So much fun, isn’t it? 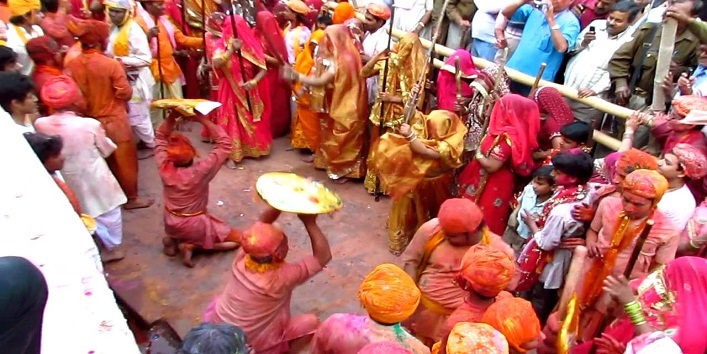 3. KUMAONI HOLI
Well, the mountains are enough to exhibit colour in all their splendour. But the mountain folks have their own way to celebrate this festival of colours in a completely different form. And guess what? This Holi continues for over 2 months in this place! There are several forms in which this single festival is celebrated. Baithaki Holi, Khadi Holi and Mahila Holi. 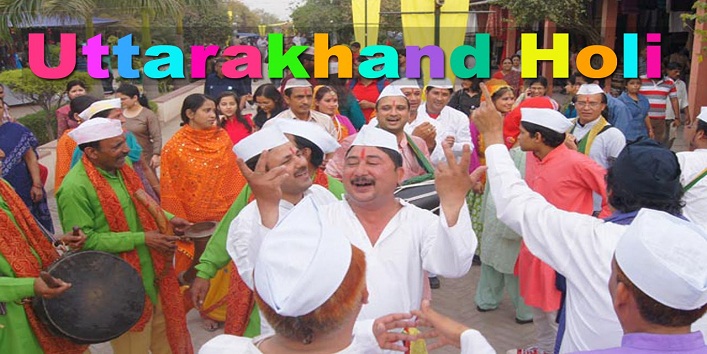 This is week-long celebration which embraces dance, music, colours and masti. The Bengalis always have it in them to make any festival aesthetic and classy at the same time. 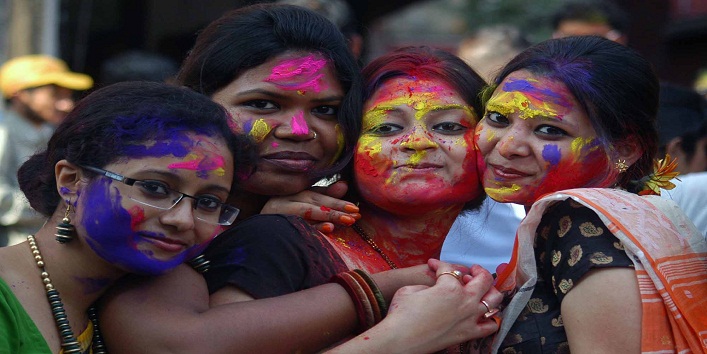 5. GOAN HOLI
Goa, do we need to say more? This is the party hub of India. So how can they spare a chance to spice up their party with colours, as well? In Goa, Holi is celebrated as the part of Shigmo Spring Festival. This is one of the most prominent festival of Hindus in Goa. You must have partied a lot at Goa but for once in a lifetime, experience the traditional folk and street dances with the rural population of Goa. 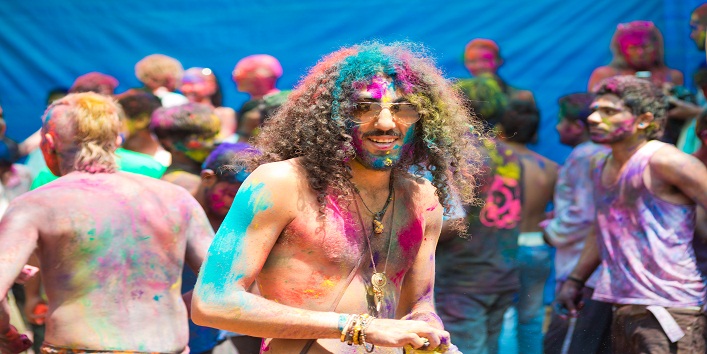 6. WARRIOR HOLI IN PUNJAB
This name, at first, intimidated me! But fikar not, this festival is nothing like it sounds. The power packed Punjabis celebrate the festival of Holi in a yet powerful style. The warrior style! The men folk of the village exhibit their manly strength by taking part in Kushti competitions and martial arts. And in the evening, they enjoy their heart out with colours all over their face.

This festival is known by the name of Hola Mohalla in Punjab. 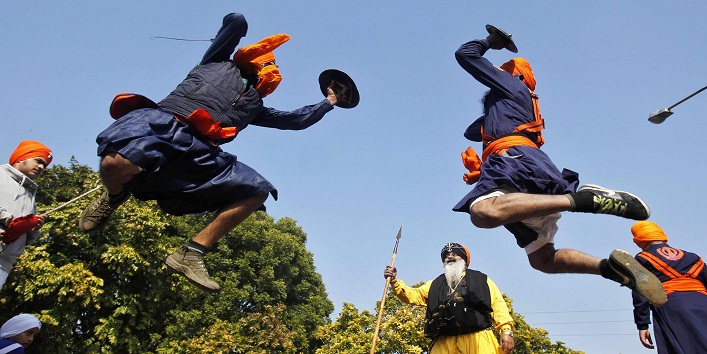 7. MANIPURI HOLI
Known by the name of Yaosang Festival, Holi is celebrated in Manipur like we do. But the music is replaced by their traditional one. They set the beginning of their merriments on the full moon day of Lamda. If you somehow happen to be there at this time of the year, you will see the exotic traditional folk dances like Thabal Chongba, Rasa Lila and many more. 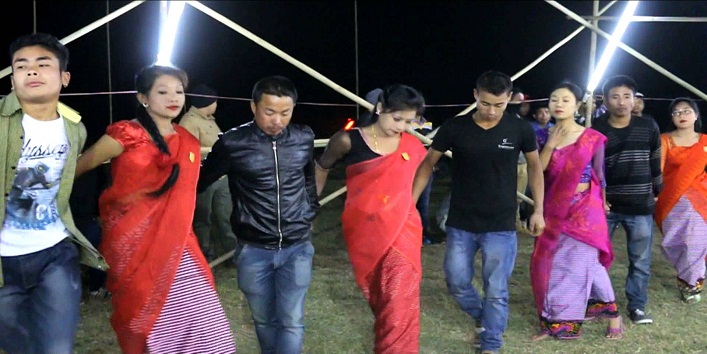 8. THE HUMAN PYRAMID HOLI IN HARYANA
We are so much familiar with this kind of Holi and the credit goes to Hindi Cinema. This impossible feat can be seen taking place and that too without any security gear in Haryana. It is practiced with much Zest. A human pyramid is formed up to unbelievable heights only to smash the pot of buttermilk. And to add to their difficulties, people around them throw water to break the pyramids continuously. 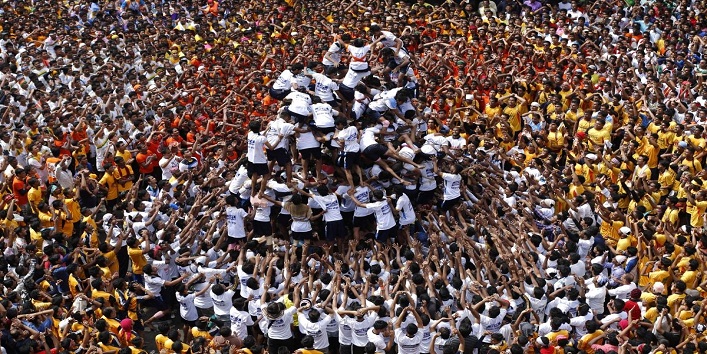 9. HOLI IN MAHARASHTRA AND GUJARAT
Men covered in colours roam around the streets asking the people to shield their pots of buttermilk from Lord Krishna. The human pyramid can be seen here too with lots of music, colours and masti. 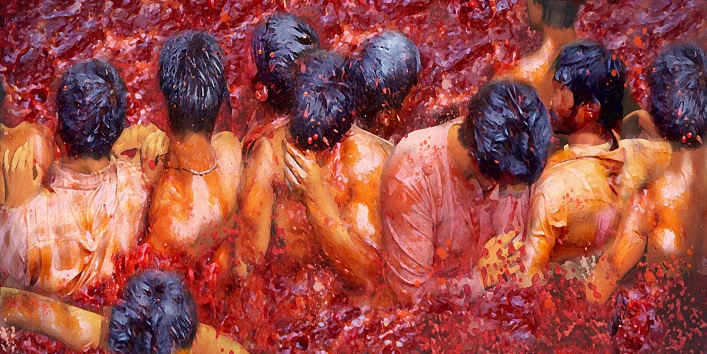 10. HOLI IN KERALA AND ANDHRA PRADESH
You believed South Indians don’t celebrate Holi, isn’t it? Though it is not that popular as it is in the North, but people of Andhra celebrate this festival by singing folk songs by Banjara Tribe. They sing and dance while throwing colours at people on the streets.

Keralaites know this festival by the name of Manjal Kuli or Turmeric Bath, which they celebrate at Konkani Temple of Gosripuram Thirumala. 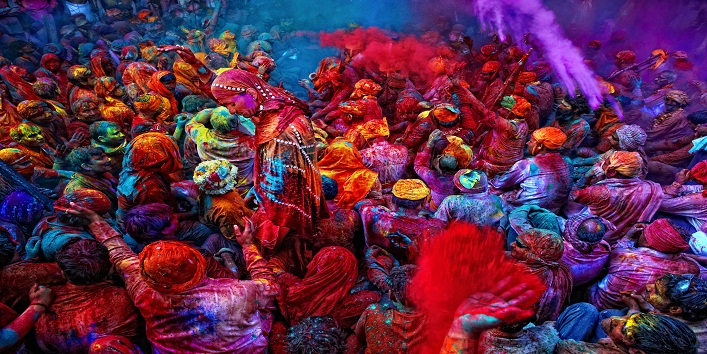 11. ‘PHAKUWA’ HOLI IN ASSAM
Assamese celebrate the Holi in the name of Phakuwa and it is analogous to the one celebrated in Punjab and Bihar. Holi is a two-day fest which is celebrated with colours and music of all kinds.

On the first day, people burn the clay huts to symbolize the event of Holika Dahan from mythology. The second day, the day is celebrated with colours and music galore 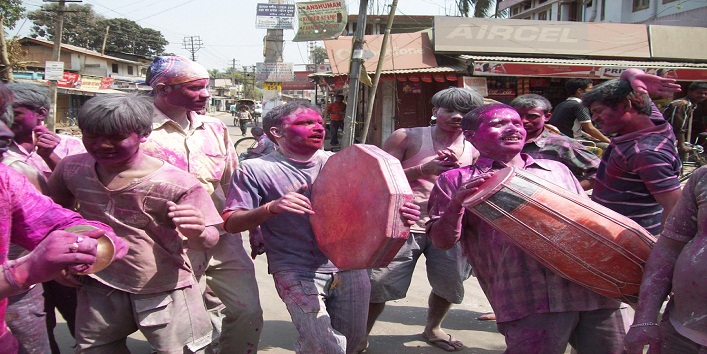 12. ‘KAAMANANA HABBA’ HOLI IN KARNATAKA
Kaamanana Habba is a distinctive form of Holi which is celebrated in Karnataka.

The festivity involves boys stealing logs and cow dung cakes from the neighborhood during the daytime while the girls help the mother make Holige for offering it to Kamadeva, the God of Love. Boys, later on, the burn the stolen goods and dance around it singing, ‘kaamana kattige, Bheemana berani’ 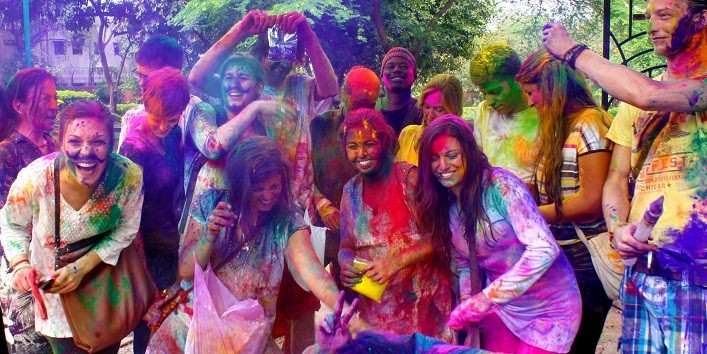