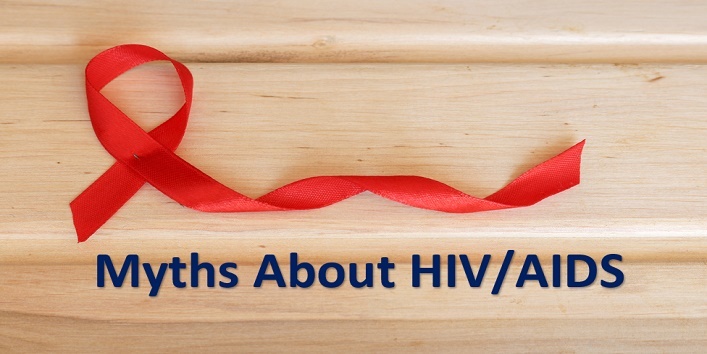 6 Myths About HIV/ AIDS That You Should Know!

HIV/AIDS is often considered as a contagious disease in our society. Most of the people believe that by sitting together or sharing food with an HIV positive person, the chances of getting the infection is increased. But it’s not true. Besides this, there are some common myths associated with HIV/AIDS that are still prevailing in the society. But as an educated person, it is our duty to abolish such beliefs. So, with the World AIDS day just around, we have listed some common myths about HIV/AIDS that one should know.

HIV (Human Immunodeficiency Virus) does not survive for a longer period of time when exposed to the environmental situation. But most of the people believe that HIV can spread from one person to another by sharing food which is actually a myth. The HIV virus can only survive inside the body. HIV patients are normal being like us but they just require some extra care.

2. Only sex workers suffer from AIDS

Most people think that only sex workers are prone to get infected with HIV. Just because they change their partner daily and are involved in unprotected sex. And if you also think the same then you are absolutely wrong. HIV can occur to any person, it does not matter if you are engaged in a sexual activity or not. Still, it is advised that you should take necessary precautions to lower the risk of HIV, STD (Sexually transmitted diseases) and unwanted pregnancy.

Also read: Issues: 9 Things Women are Not Allowed to Do in Saudi Arabia

4. HIV/ AIDS is only caused because of sex

Another common myth about HIV is that it is only caused if you are indulged in a sexual activity. Yes, we agree that unprotected sex can lead to HIV but it can also get transmitted through blood transfusion. Apart from this, you can acquire it from an organ transplant and many more. So, this means that there are many other ways through which you can get infected from this disease.

Also read: 10 Struggles That All The Aspiring Indian Women Face In India

HIV is not a contagious disease like flu or cold. This virus is only active inside the body of a person as it cannot survive outside. So, it is completely fine if you are sharing food, moving around or hugging a person affected by HIV.

AIDS is a disease which is considered as the final stage for the person infected with HIV. And it is a wrong belief that it is caused by mosquito bites. Just because it sucks blood from our veins does not mean that it will inject the blood of the last person in our veins.

So, these were the few myths about HIV/AIDS which are prevailing in the society. And being a responsible citizen, it is our duty to make people aware about such false beliefs and to make this world a better place for the people suffering from this infection.