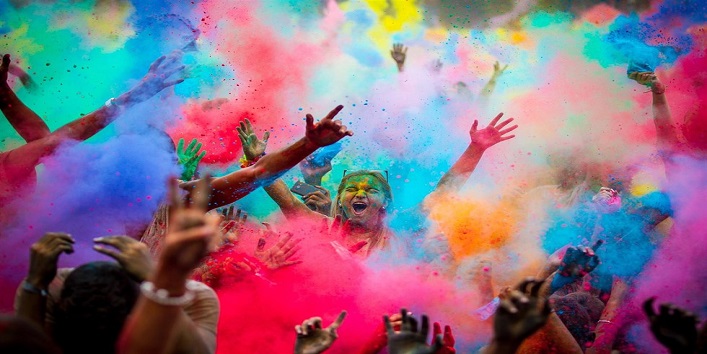 Did You Know! Interesting Facts About Holi-The Festival Of Colors

Holi is a festival of colors that brings joy and happiness along with it. People of every age group loves to play Holi with all their heart and soul soaked in the cheerfulness and bliss of this festival.
Here are some interesting and unknown facts about Holi that some of you might be unaware of:

1. Holi is known to be the spring festival that marks the arrival of the Spring season. 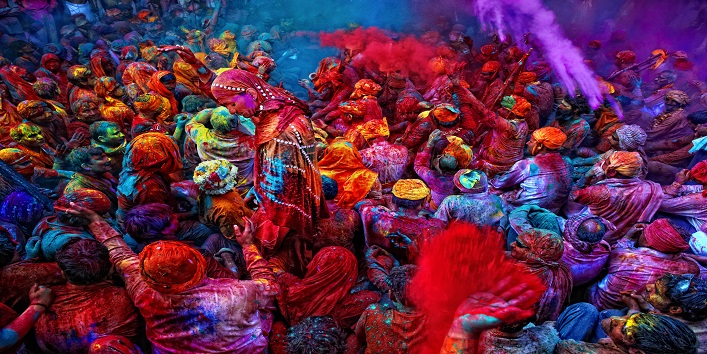 2. Holi is mainly a Hindu festival, but people of all the religions love to celebrate it equally.
3. Holi is the only festival that’s being celebrated worldwide now, mainly in North America and Europe. 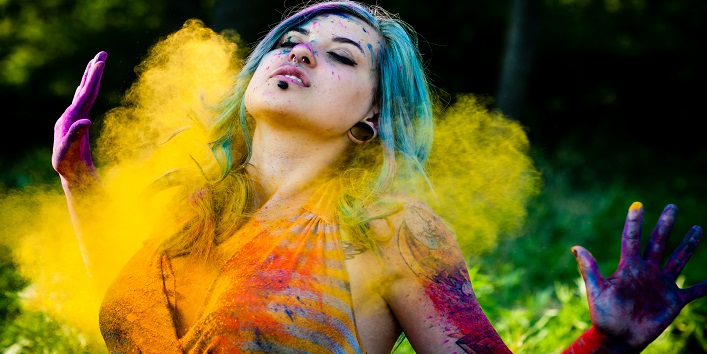 4. Holi is celebrated each year after the full moon of the ‘Phalguna’ month as per the Hindu calendar, which arrives early in the month of March.

5. Holi is a two-day festival, where on the first day a bonfire is created, which is known as ‘Holika Dahan’ or ‘Chhoti Holi’ and on the second day, ‘Badi Holi’ or ‘Dulhandi’, people play with colors and eat mouthwatering delicacies and dance to have all the fun. 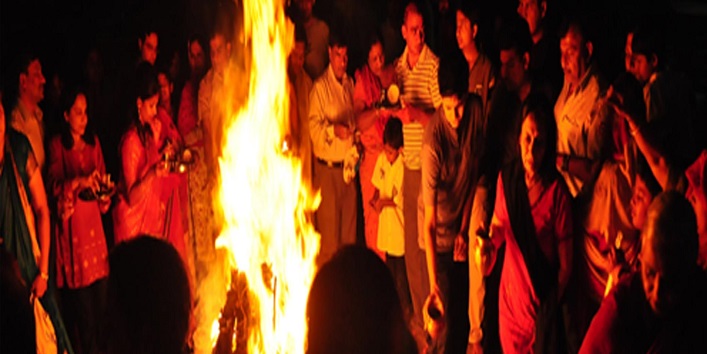 6. Holika Dahan is celebrated because on this day the ‘Goddess Holika’ was burnt as a symbol of burning away all our bad omens in it, along with singing and chanting. 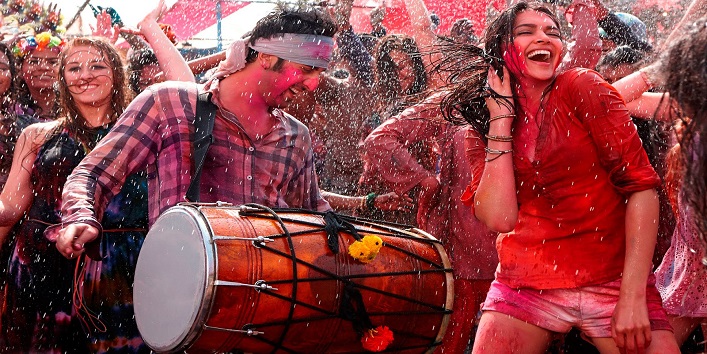 7. The second day of Holi is known as Dulhandi, in which people socialize by presenting gifts or various delicacies like Namkeen and Gujiyas, to each other and play with colors to enjoy the festivity of Holi.

8. It’s traditional to make Gujiyas on the eve of Holi, which is sweet dumpling like delicacies that everyone loves to eat. You can either make them at home or buy them from the sweet shops. 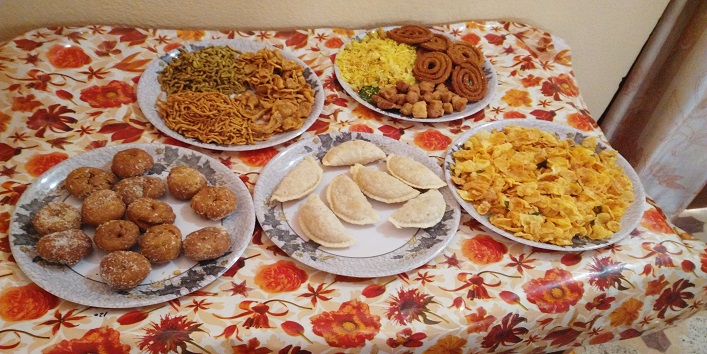 9. Holi is basically famous all around the world for its water balloons, water guns and dry-powdered Gulaal fights, and the most important dancing and other playful activities after drinking Bhang Thandai. 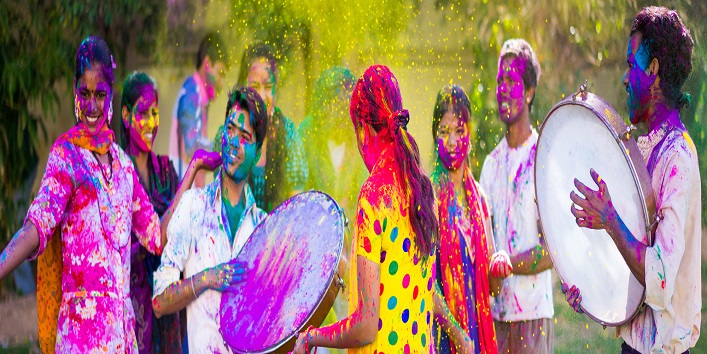 10. Even strangers become friends on the eve of Holi, playfully enjoying all the festivities of the day, youngsters go places to experience the best Holi joys they can get.

Also Read: Holi Surprise for your Loved Ones!

11. There’s another reason to why people around the world loves to celebrate Holi on such a large scale. On this day, Lord Krishna complained his mother Yashoda about his dark complexion and questioned about why Radha, her love interest, is so fair. Then Yashoda replied that he can color Radha in any color he wants and she’ll be no more any fairer than him. 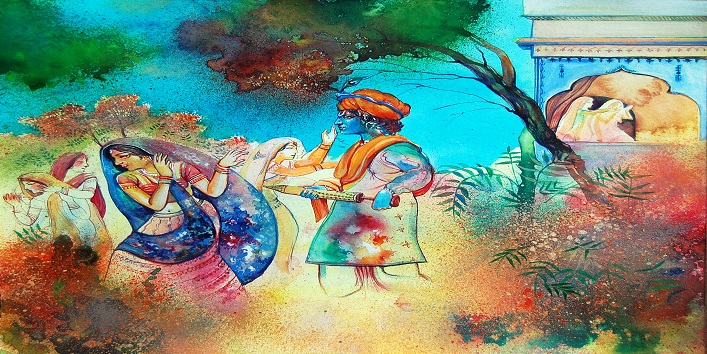 12. Those who praise Lord Krishna, Holi is known to be their favorite festival and in Mathura, the birthplace of Lord Krishna, ‘Lathdar Holi’ is famous, where women and men dress up in their traditional attires and play with long bamboo sticks and shields for a fun-filled Holi. 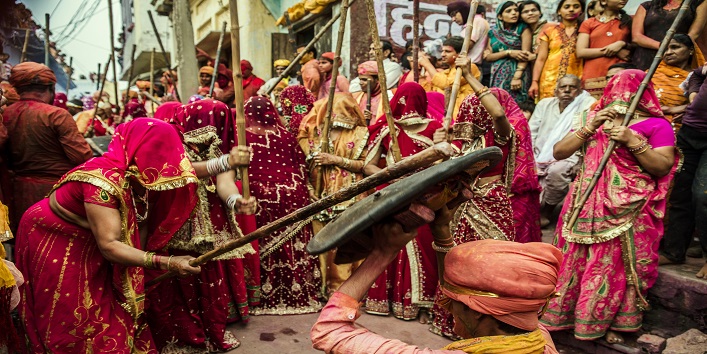 13. People who are allergic to chemical-based market colors make herbal colors at home from flowers or flour and food colors. 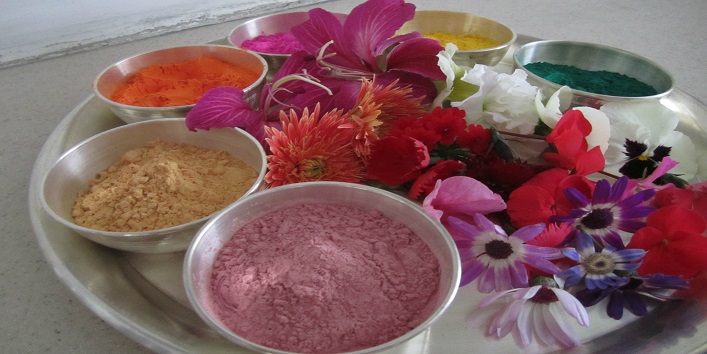 14. It’s customary to put a ‘Tilak’ on each other’s forehead before playing Holi in your own way.

Also Read: 10 Songs You Should Have On Your Playlist This Holi

15. The most interesting fact is, that the Spanish festival ‘La Tomatina’ is very similar to our Indian Holi festival, the only difference being that the colors are replaced by the ripe tomatoes. 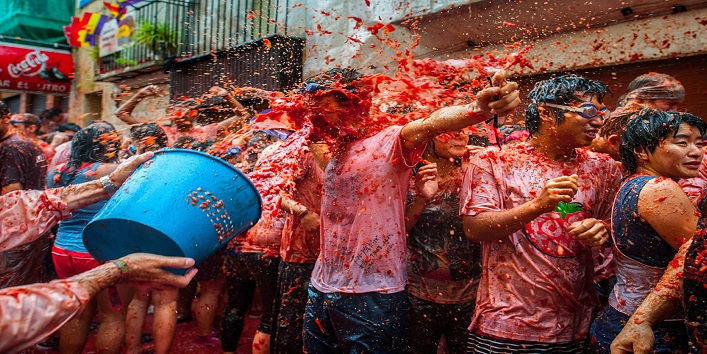