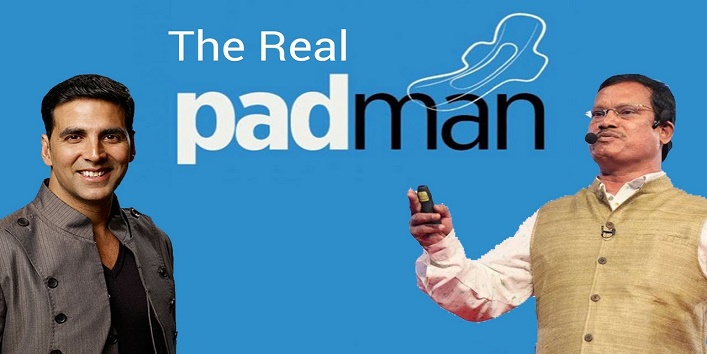 Akshay Kumar’s starrer Pad Man is going to hit the theaters today and audiences are eagerly waiting to watch this movie. As we all know this fact that this movie has been in buzz for a quite long time and was also rescheduled because of the solo release for the movie Padmaavat. 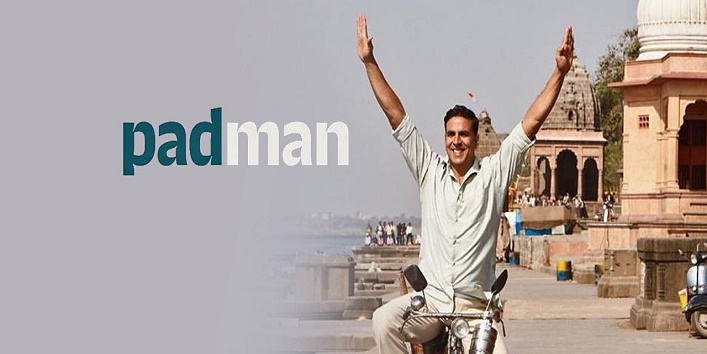 The PadMan movie is also going to star Sonam Kapoor and Radhika Apte.The plot of the movie is based on the real-life story of Arunachalam Muruganantham, a social entrepreneur who took up the cause to invent low-cost sanitary making machines. Since then he is known as the Menstrual Man. 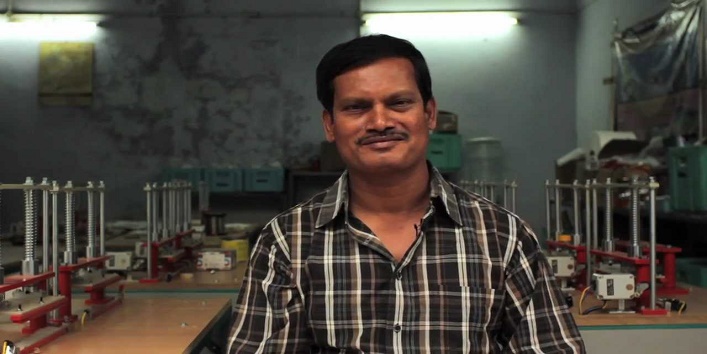 While most of us know a lot about the movie but most of us are not aware of the real-life story of Arunachalam Muruganantham. So, here in this article we have shared some lesser known facts about the real PadMan of India.

1.  A bit about Arunachalam Muruganantham 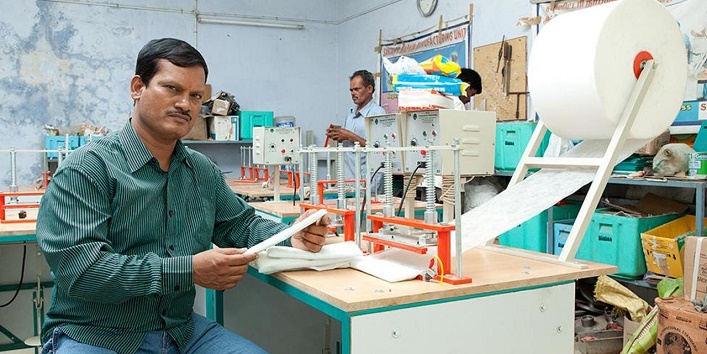 He was born in the year 1962 in the family of handloom weavers in Coimbatore, India. Muruganantham childhood was spent in poverty after his father died in a road accident. At the age of 14, he dropped out of school and started working as a food supplier to factory workers and took up various other jobs to support his family.

2. The beginning of the journey 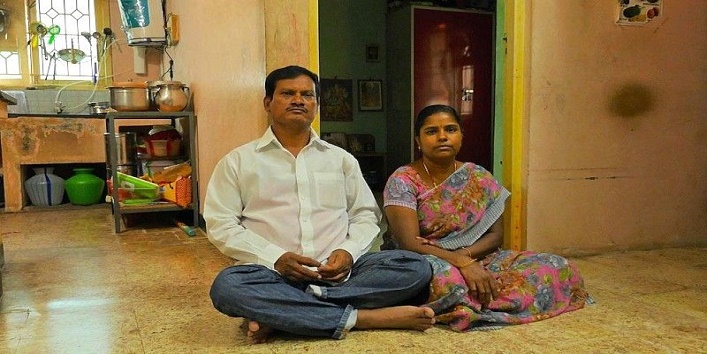 The inspiring journey of Muruganantham began when he discovered the struggle faced by his wife, Shanthi every month during periods. She used to collect rags and newspaper during those days in place of sanitary napkins because they were expensive. And from there Muruganantham journey to produce hygienic and affordable sanitary pads began.

3. When all this got started 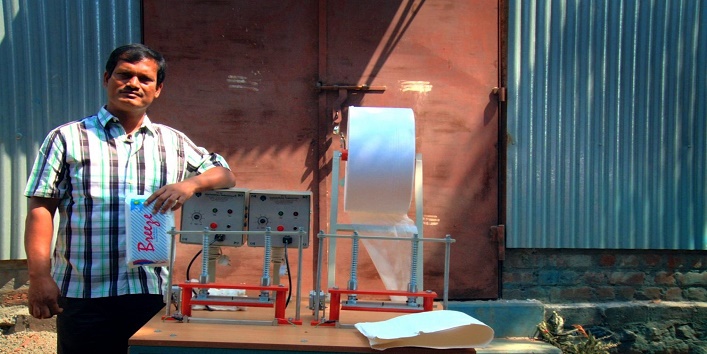 In the year, 1998 when Muruganantham realized that his wife was using rags during her periods and was not able to afford sanitary pads. And after that, he decided to impress his wife by making hygienic pads himself.

At first, he bought a roll of cotton wool and then divided it into the same size pieces just like the pads sold in the market. After that, he wrapped the cotton wool with a layer of cotton. Then, he gifted this homemade pad to his wife. During an interview he revealed, he was expecting appreciation but the feedback that he got was destructive

After this devastating feedback, he thought where did he go wrong? And how his pad is different from the pads available in the market? So, he started experimenting with various stuff and finally made a new prototype. He even asked the medical students to try out his prototype pads but none of them provided him a detailed feedback.

So, after this, he decided to test his prototype pads himself by making uterus made with a rubber football filled with the animal blood. Unfortunately, he began to smell foul and there even blood stains on his clothes which soon came to the notice of the people and they started calling him crazy and pervert. Even his wife left him because she was not able to handle the awkwardness caused to her because of his project. 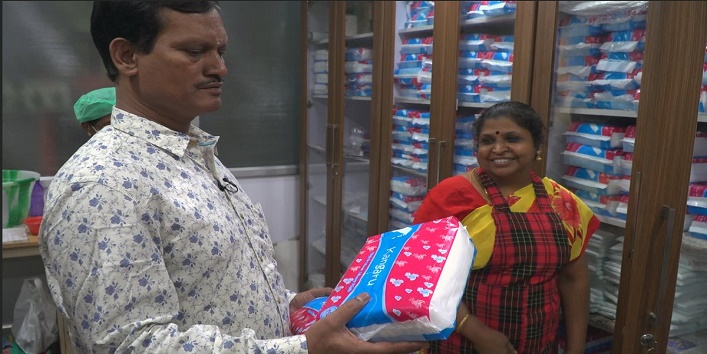 Besides, all the struggles he managed to reach the success. He researched thoroughly and found out that only 10-20% of the Indian women are able to use the proper menstrual hygiene products. And at that, the manufacturing machinery needed for the pads cost around Rs 35 million so he invented the low-cost machine for Rs 35,000. Many industrialist and vendors proposed him to sell his machine to him but he turned down all the proposals and provided this machine to only self-help groups which are managed by women. This simple act of Muruganantham not only provided women with a basic hygienic good but also generated a source of earning for many women. 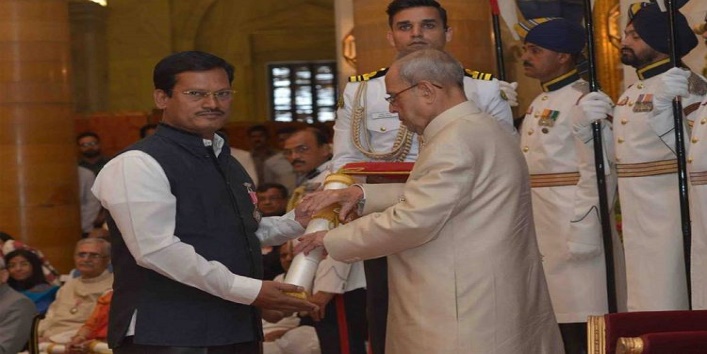 He was ranked in the list of Time Magazine’s 100 most influential people of the world and was also honored with Padma Shri, which was also the fourth highest civilian award in India in the year 2016. And this year a feature movie based on his life is going to release which is titled as PadMan.

And, now after listening to his inspirational story one should definitely  watch this movie and support this sanitary napkin revolution.