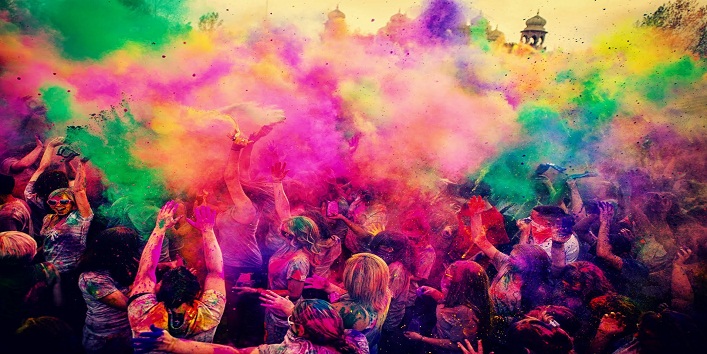 Why Do We Celebrate Holi?

We can’t think about anything else when someone utters ‘Holi’. But is it all about colours? Ummm, no! Though it is also called the festival of colours, but this is not all about Holi. The notion of celebrating Holi is to celebrate the victory of good over evil. You must have heard about the popular story behind the celebration of this festival.

The Story behind the Colours

Okay, I admit you all must have grown up listening to this story over and over again. But there are some stories which need to be recited to remind us how great the power of goodness is. And you’ve got to admit it that we love to listen to these mythological tales from our elders. So the story goes like this. There was a heinous demon called Hiranyakasipu who have fostered boundless hatred towards Lord Vishnu in his heart, as he killed his brother Hiranyaksha. Prahlad was the son of Hiranyakasipu and due to some unknown reasons, Prahlad was an ardent follower and devotee of Lord Vishnu. This created an air of distress in the Hiranyakasipu family. Infuriated by his devotion, Hiranyakasipu decided to consume the life of his own son but every time he tried to do so, he failed. 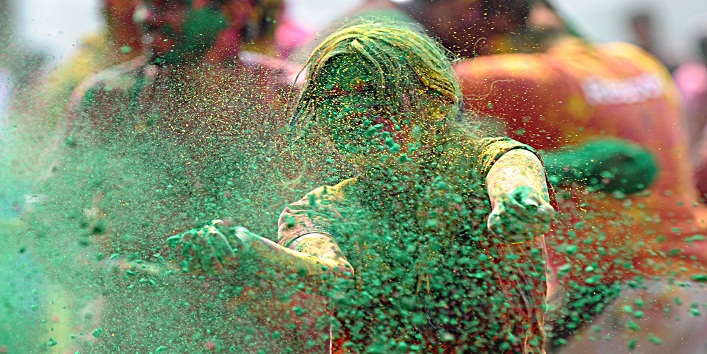 After so many failed attempts, he bought his elder sister Holika with a motive to get his son killed. He asked his sister to take Prahlad on his lap and sit on the pyre. Holika, on the other hand, had a boon that she can’t be destructed by the fire. So taking advantage of her boon, she did as she was told by her brother. But fate turned otherwise for the wicked lady, she burnt down to ashes while Prahlad survived the fire without even a scratch on his body. Since then the day is being celebrated as the victory of good over evil. Every year, on this day, we burn the pyre to put an end to the evil powers prevailing around us. 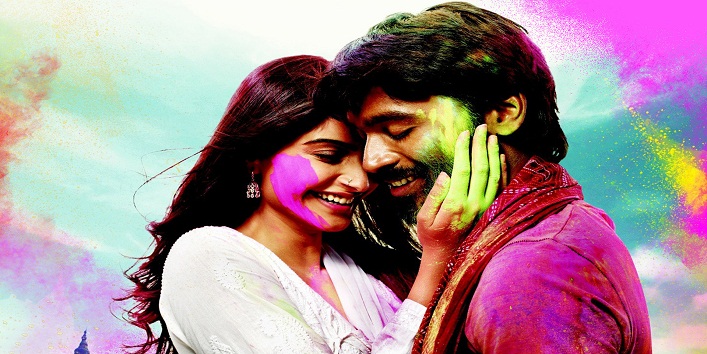 The New Facet of the Holi

During the Dwapara Yuga, Lord Krishna Celebrated Holi in a different style, in a grand manner indeed. Since then people have started viewing Holi from a different dimension. This new dimension included colours, joy, and music. So you have to thank our beloved Kaanhaa Ji for laying the foundation of such a jubilant festivity for us. Holi came to be known as the community event. An event where people came together, forgetting about their past woes and starting everything afresh with each other. Such a beautiful festival it is, if we dig a little deeper into its symbolic importance. Even to this day, the grandeur of Vrindavan Holi is still unmatched. 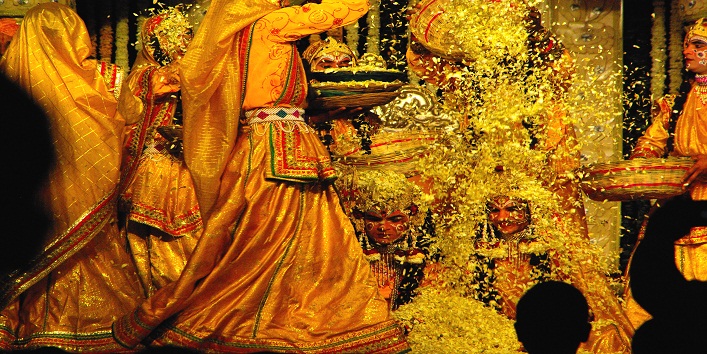